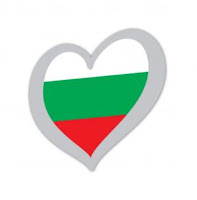 Bulgaria
VICTORIA
Growing Up Is Getting Old

"I only saw a little bit of it, and only for a short time. I think we were in the country for maybe minutes, almost all of it at a Metro hipermart, before we turned around and came back home. My impression was ’Wow, what a dump’. Shortly after crossing the border your nose is assaulted by a sulfurous stink that makes you wonder whether you just crossed the Danube, or the River Styx.

“The parts of the country that I saw were all really run-down and grim. It’s possible this is just the area we happened to pass through, but boy what a mess. The industrial parts were like something out of a dystopian-future sci-fi movie, and the residential blocs were dirty and really ugly. But hey, now I can say I’ve been."

Yes here we are in Bulgaria, one of those Eastern European countries we only catch glimpses of on shows like the Eurovision that we look down on. Maybe every few years you see a Bulgarian champion weight-lifter at the Olympics, or maybe you’ve seen a odd-looking sachet of old Bulgarian stamps at a car boot - identified by a Cyrillic-looking alphabet, communist logos, and skilled drawings of prized Bulgarian buffalo.

Maybe you remember seeing a late-night 1980’s documentary featuring Bulgarian taxi-drivers with big moustaches wrestling pigs and talking about politics and America whilst the women made yoghurt and darned socks. Bulgaria. You know Bulgaria. A poor, grim, ramshackle, commie, Iron Curtain mess of a country where donkeys outnumber cars.

Maybe that’s what really irked Wogan. That all of that is nonsense. That seven of the eight tallest skyscrapers in Europe are in Russia. That Budapest has the newest subway line in Europe. That Romania has the fastest internet anywhere on the continent. That the entire carefully crafted image of Eastern Europe as a backwards, drab, grey, muddy, dangerous, poor little cousin of Western Europe is absolute twaddle.

And that’s why they keep doing well in the Eurovision. Because unlike us and Germany and France and Spain, they are not lazy, incompetent, imperialist arseholes with a saviour complex that think the people of Europe somehow owe us another win despite entering songs like the one written by the man who created the Bird’s Eye Potato Waffle jingle and the theme to Jim’ll Fix It.

Anyway this year’s Bulgarian entrant is VICTORIA (Petrova Georgieva), and she has the usual bland backstory - starts singing at age of eleven, gets inspired by the film Camp Rock, auditions for the first 3 seasons of X Factor Bulgaria, gets to the live shows of series four, releases a couple of singles that flop, gets dropped by the record label, gets into Billie Eilish, decides that one day she’s going to represent Bulgaria for Eurovision, starts chatting to her parrots, does a TED talk about overcoming your fears, almost wins Eurovision 2020 with a magical song about mental health were it not for the pandemic, comes back the year after with something much more disappointing.

The problem here is that while “Billie Eilish meets Disney, loves animals and tries to get you involved with Earth Hour” was all very on-trend early in 2020, this year I’ve got a feeling that what we’ll all want is to get shitfaced and dance like nobody’s watching and cheer and smile and projectile vomit - not watch someone warbling on about “playing tetris with her feelings” in a pringle jumper.

It says here that VICTORIA has been a vegetarian for the past five or six years, and she’s quoted as saying that because “I don’t eat my friends” - an old George Bernard Shaw quote whose writing also appears to have provided the pun in “Growing Up Is Getting Old”. Shame. If I was her I’d have gone for “I learned long ago, never to wrestle with a pig. You get dirty, and besides, the pig likes it”. More Bulgarian if anything.