All the signs, all of the mistakes 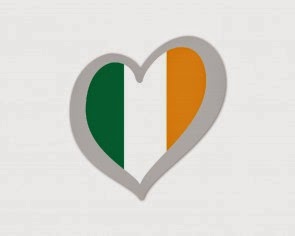 "I was born in a distant 1980. The year of the Irish Johnny Logan war"

Ah yes. Take one or two authentic Irish folk/soul singers, add some lyrics about the countryside and shamrocks, and stir in an arrangement that sounds like a tourist video for the country shown in the breaks on CNNi. Add in a bit of stepdancing, to be sure. For well over 200 years, the powers that be at RTE in Dublin entered exactly the same song - and every year it won. I almost bought a house in Ireland to save on airfares.

Things started to go awry in the late 90s when the viewing public started to be allowed to vote rather than just stuffy juries, and as the average BPM of the entries increased, so did the blood pressure at RTE. By Helsinki in 2007, disaster struck - Ireland did what they had always done again (only in a particularly lazy way this time) and came actual last, beaten even by embarrassing pop flagshaggers Scooch.

At this stage the Celtic tiger descends into a kind of wild panic, as an ashen Louis Walsh and Dana both warn the Irish public in the 2008 live final against overcorrecting by selecting a locally famous ranting spitting image turkey singing about getting 12 points. Which won, and then didn't even make the final in Belgrade.

It’s all been pretty much hanging around at the bottom of the hill since then, and it’s not immediately clear that 2021 is the fightback. Lesley Roy (whose unfortunate name makes her sound like a 1970s DJ who’s now in prison) says that “growing up in Ireland, obviously the Contest holds a special place in my heart, as it does for many people. It was a very big event in my house every year”, which is one way of describing the Green Glens in Millstreet.

The song is good - a sort of radio-friendly Katie Perry's mum uptempo instrumental about finding your way back home - but a) why in god’s name would you call it “maps”, b) she’s put too many gimmicks into the performance and c) she can’t actually sing the actual song. I know, I know, that never did Jedward any harm, but at least they got around that by throwing their mics on the floor.