Wind blow I wanna see you 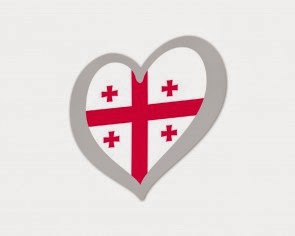 It's not that long ago that the Eurovision audience - largely bored local dignitaries in the host countries - were expected to sit still, keep quiet and politely applaud each miserable entry.

But ever since the Eastern Europeans started holding it in giant stadiums and cheap air travel meant fans could actually get there, the audience and its cheering and costumes and what our friends in the east brand as "exuberance" have been a big part of the show - holding up their phone torches for the middle eight of ballads, making us look like wankers by dressing in full Union Jack suits behind presenter links, and waving their flags. Their massive flags.

This became a particular problem in Dusseldorf 2011 when the host broadcaster took the controversial decision to allow the fans on the floor of the stadium to ACTUALLY STAND UP for the first time - and they did so with some gusto, but to the surprise of NDR it appears they'd all brought flags on 3ft long poles - rendering various camera shots ruined by some pillock waving a massive Spanish flag in front of Kati Wolf's face.

Throughout the decade they got narkier and narkier about what you couldn’t take in - glass bottles, lasers, food - all fair enough. Lots of it you weren’t allowed to take on a plane either like knives and shampoo. But then in 2018 the Portugese published a bingo card poster of the things you weren't allowed to take, and you thought to yourself - Christ, has this really happened?

Do people sometimes come with their bloody luggage? Chairs! ("Sorry, I didn't know if you'd have any"). Trolleys! WHO BRINGS A HAMMER TO A EUROVISION SEMI? Sawblades! LADDERS! HANDCUFFS! Basically I'm assuming that some kinky Georgian handyman must have pitched up one year without a hotel to stay in, and as a result you weren’t even allowed to take a bloody camera to Lisbon. Or a four gang extension lead.

What? Georgia? Oh well there's two types of Georgian entry. There's banging disco bops where they try and piss Putin off, and there's tiresome, self absorbed ones that are “about loving to be a human and loving Earth, even though sometimes it’s very hard to live." It's so inaccessible as to be rude to be honest, and if this qualifies for Saturday night I'll eat my hat, my ladder, my helmet, three golf balls and some medicines without a prescription or justification.