I can’t remember the last time I was bored 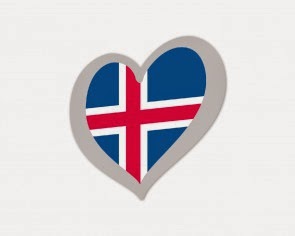 Hungary aren’t in it again this year - Orban reckons it’s all a bit too LGBT+ - which is a shame, because I used to enjoy the bit every year when their artist would turn up at an outdoor swimming pool and sing their song to a bunch of bored looking pensioners.

I once went to a whole academic conference about Eurovision. It was a day of papers and panel discussions and Paddy O'Connell spouting pseudo-academic twaddle like how the song contest has "provided a platform for the creation of national and European identities", how the event "has embraced and celebrated diversity by showcasing minority communities" and how it has been used as a "nation branding tool by countries such as Estonia and Ukraine". And I got an EBU biro.

Anyway on the day one of the more exciting sessions was from a nervous woman that works for the EBU on audience research, who revealed that on the night of the final the country with the highest audience share hits 99%. Blimey - 99% of people that are in are watching the Eurovision in Iceland. Can you imagine? I mean sure that's still only about 130 people but still. Viva viva! We are the 99%!

For a country so small, their entries are delightfully eclectic - one year you get scandischlager that sounds like the music that plays if you win Rob Curling’s turnabout, the next you'll get 4 four women in PVC writhing around on stage with a man doing an awkward robot dance, and one year they sent a sort of female Icelandic Sacha Baron Cohen doing a song about how lucky Icelanders were that she was born in Iceland and that she was going to win the contest, because she was better than all the other entrants. It's not a gambit that paid off - she came 16th in her semi and then backstage punched her boyfriend, threatened to jump from a bridge, and started spitting at the journalists.

It started to dawn on the press pack that she may not have been in character any more when she started yelling "ungrateful bastards! You vote some ugly people from Finland that don't even have real make-up artists, and you don't vote for me because I'm not a slut from Holland and I'm not an ugly, fucking, old bitch from Sweden". She then points at a random journalist, and adds "Your television station is telling everybody I hated Greece and I said that they're ugly and I never said it and you are a slut and I hate you! I will sue you, and I will sue the competition, and you will all go to jail!"

Anyway it was pretty much all lined up for Daði Freyr and his band Gagnamagnið last year. A quirky hook-laden disco number with a viral video, a surprisingly warm and even more surprisingly funny Eurovision movie set in Iceland and one of those feel-good backstories tailor made to be read out by the commentators during their postcard. “The song is about my little girl who was born in April of last year,” Daði told the press.“I am talking about the feeling you get in the first few days and weeks where you know that you love this person with all your heart even though you don’t really get that much interaction. In the start, she doesn’t do so much, so I am very excited to know what she thinks about all kinds of things”. Awww. DOUZE POINTS.

It’s the sort of trick it’s hard to pull off twice in a row, and as luck wouldn’t have it it is indeed something that Daði has failed to pull off twice in a row. “10 Years” is your classic disappointing follow up to a one-hit wonder (tricky, tricky), is all a bit smug and hipstery and self-indulgent, and just doesn’t fit a year when I think people will want a big sparkly explosion orgasm winner rather than a sort of lonely, muffled, furtive apology wank winner.

It certainly won't be scooping the 12 points that we gave to "Nei eda já" in 1992, which as far as I'm concerned features the best key change delivered by two people who look like Claire Balding of all time in any song ever. Except maybe LA DET SWINGE, by the Claire Balding twins from Norway. Rock and ROLL!