You're strong enough to bounce against the wall 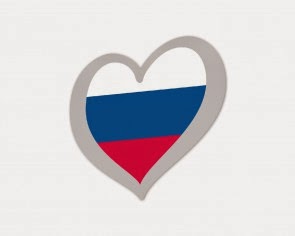 We all have a hobby. Some of us like painting, or dancing, or archery. Some of us are into flashmobbing, or the Wombles. Some of us follow the Hothouse Flowers around on tour. Some people like taking off their shirt and banging their head. All of these people are, of course, massive losers, and to be honest they all need to get a life.

I, on the other hand, am quite different. I live life to the full, with conviction and purpose. You see, when I'm not tending to my collection of MP3s of Eurovision entries over the years, or my extensive collection of sung local radio jingles through the ages, I document, collect and catalogue video clips of Eurovision interval acts- ready to hand down to the next generation of Dickinsons.

There's 1984's "The Art of Drawing" where a picture moves because some dancers move it, like a Tony Hart VT only stretched over 15 miserable minutes and done in Luxemburg. There's 1989's William Tell overture when a tedious archery stunt went wrong. In 2010 they made me stand up so we could "flashmob" to a Madcon album track, although most of our seating row "fuckedoff" to the bar instead.

When we hosted in 1975, making good use of the things that we found, we booked the bloody Wombles to fill the gap - and then in 1988 the Irish were so broke having won every year for what felt like a decade, they just stuck on a clip of the Hothouse Flowers singing in various locations in Europe - but given the title of the song was "Don't go", it didn't quite deliver the tourist boost the countries had all hoped for.

Most years though we don't get high octane post-apocolypotic stomp, or the launch of a global dance phenonenon, or even the President's son in law doing an eight minute nationalistic rock number - we get searingly dreary local people from what's left of their publicly funded arts sector wailing interpretative twaddle about their nation's history and culture whilst Europe nips back to the kitchen to fill up the Doritos ready for the scoreathon.

In 2019 we even got child snatcher Madonna, who was rubbish. As the bloody interval act! “Bring back Jan Delay” I was yelling at the screen to no avail, like an old man shouting at clouds.

The thing is, most years - especially now they have to do three of them to cover the semis - the interval acts are rubbish. Countries think they're showing off the best of their arts and culture, but people don't watch the Eurovision for arts or culture. They watch it for a Hen Do set to music, or dancers on stilts, or we are the wolves of the sea, or moments where a latter era Sugababe makes inappropriate contact with a violinist while Andrew Lloyd Webber pretends to play the piano.

So the cheek of this year's Russian entry is that it is, in effect, a bad year's interval act. Manizha is an art-pop artist that mixes “banging beats with social commentary and an uncompromising DIY ethos” who starts her performance in an oversized traditional Russian outfit being wheeled around like a Dalek, only to bust out in her red jumpsuit halfway through, with a backdrop of a large LED wall of Russian women singing along on Zoom.

Nothing’s going to top Love, Love, Peace, Peace is it?