What difference does it make if the world collapses today 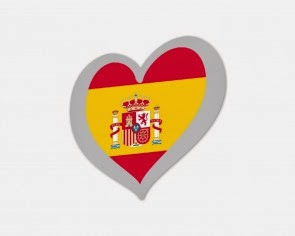 Ugh. Where are we now? Spain? Oh, I'd almost forgotten about Spain - until I woke from a nap, picturing a couple of hundred bright pink English skinheads throwing garden furniture into a hotel swimming pool whilst "Thomson" the dog moonwalks to "Chocolate" by Soul Control, resulting in a group of under fives dancing enthusiastically to lyrics like to "All The Girls Want Candy Candy, All The Boys Get Randy Randy" whilst their parents mutter on about halting freedom of movement, something they will also be denied tomorrow when the campylobacter drenched ham they've just wolfed down takes its revenge.

Spain are one of the "big five", the same club that us, Germany, Italy and France are in - where arrogance and laziness means our big EBU affiliation fee buys us automatically into the final, an injustice underlined in particular by Spain's low rent DJ Daz tribute act "Chiki Chiki" in 2008, which would have been odds on to come last in its semi had it have actually been in a semi.

It's April 1968. Katie Boyle was presenting the Eurovision from the Royal Albert Hall, Sandie Shaw having brought the contest home after winning with "Puppet on a String" the year before in Vienna.

Pretentious music journalists would tell you that the 60s charts were all about the Stones and the Beatles and free love and stuff, but that's largely a box of bollocks. 1968's top selling singles included Des O'Connor's dreadful "I Pretend", Gary Puckett & The Union Gap's uncomfortably pedo victim-blaming song "Young Girl", Tom Jones going on about stabbing a woman and Mary Hopkin reminiscing about the past.

Middle-of-the-road ruled the charts, and the crowned King of Bland was Cliff Richard - who took advantage of the Eurovision’s first transmission on colour television by arriving on stage dressed like a sex offender with a blue, velvet suit and white, ruffled shirt - singing "Congratulations".

Spain on the other had 20-year-old Massiel, drafted in as a last-minute replacement after the Catalan singer-songwriter, Joan Manuel Serrat, the original choice, had pulled out because he had refused to sing the song in Spanish.

We get to the votes bit. France is leading until almost halfway, but then the UK takes the lead, and gallops ahead of its rivals. A debonair Michael Aspel calls in the UK’s votes. He gets a flirtatious giggle out of Katie Boyle, when he introduces himself speaking Franglish: “Allo, Katie, dees is Londres.”

Spain is the third-last country to vote. Its jury overlooks its rivals at the top of the leader board — Ireland, France and the UK - when sharing out its 10 points.

But still, the UK’s lead looks unassailable until Germany then awards Spain six points, which puts Spain a point ahead of the UK. Nailbiter. The votes from the Yugoslav jury then come in — which award points to neither Spain nor the UK. Bastards. But hold on. Its jury doled out 11 points instead of 10. The Eurovision scrutineer gets on the mic and Katie Boyle, knowing the UK has lost, has to use a selection of languages to coax the Yugoslav jury into correcting their sums.

Juan José Rosón, the chief of Televisión Española at the time, last year admitted it. "We won this festival in the meeting rooms. A victory was necessary in an international event, and we bribed various juries. It was clear, and it was simple.”

Why? Well, Franco had threatened the minister of information and tourism in 1968 by saying “If we don’t win this year, yourself and Rosón will be out on the street”. So they set about buying the victory.

"In those days", he explains, "the voting was made by the television stations of each country. So we found out, we know, that while promoting a song in each country, votes were bought. There was a commitment of voting for that song or not.

“So when this was done, it was known which television stations would vote for the song. Therefore, at the time of the promotion campaign, they already knew the song, ‘La, La, La’ was going to be the winning song".

In an alternative universe Latvia would have translated their second place 2011 Banjo Laura song into Spanish and let Spain enter it instead. Click here and you can but dream.
Posted by Jim Dickinson at 08:00