Deep currents running in the rivers of your eyes 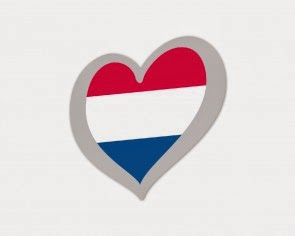 On Line, on digital and on 88 to 91 FM, here we are then in permanently middle of the road Netherlands - a country so dull that the closest they'd come to entertainment in a decade was when they entered Howard Stableford off of Tomorrow's World, former MP Bill Rammell and television's MacGyver in silver space suits, dancing like someone's embarrassing dad at a wedding to literally the worst piece of music ever entered into any song competition ever. Click here if you don't believe me.

Every year it's the same. Take 2017. Do you remember Wilson Phillips? You know, off of hen night karaoke classic Hold on? You do, you must do. Three sisters. Close harmonies. Rom coms. Imagine what their album sounded like. Probably like "Hold On" but without the singalong chorus and the hooks, right? It also probably sounds pretty dated now, right? Well 2017's Dutch entry was effectively track eleven from the 1990 debut album, "Wilson Phillips". And it was shit.

Or take 2018. Imagine. You’re at the bar, sipping on a cold one and that one girl walks in. You catch a glimpse, but someone (the big overly jealous boyfriend) has a problem with how you just gawked at their fine woman. Suddenly, there’s a thrown cue ball, he breaks a pool stick over his knee and before you know it, he has a half broken beer bottle in his hand. You’ve suddenly realised, “Oh S@!%, I’m screwed! I wish Johnny Cash was here! Or Garth Brooks! Or Willie Nelson! Or the Woolpackers!" Or, failing that, a man called William from a village just outside Amsterdam pretending to be American.

For reasons that I still can't fathom, 2019’s effort then went and won. I can't fathom it because it's awful. It was man called Duncan singing a bad Coldplay song about a friend of his that had died, sat at a piano. It took ages to get going, he barely connected with the camera, when he did he looked like he hated you and there were literally thirty-nine better songs in the contest, as well as Poland. And now it’s a TikTok hit! Good grief.

Anyway all back to normal this year. Jeangu’s musical journey began when he received a guitar from his parents for his 13th birthday. Together with his twin brother Xillan, he formed a musical duo. However, his artistic ambitions proved bigger than the scene in his native Suriname and so he moved to the Netherlands at the age of 20.

Jeangu believes there is no instruction manual for life, and by accepting that life consists of highs and lows, you make progress and get closer to who you are: "Emotions, good and bad, are a universal language. I hope the song makes people feel a little less lonely in their search for happiness. I think that openness and honesty about how we really feel will ultimately bring us closer. I believe in the power of music to bring people together. It's the reason I do what I do."

Yawn. I preferred it when they used to enter songs written by the man who invented the Smurfs.