Painting all the scars in the colours of change 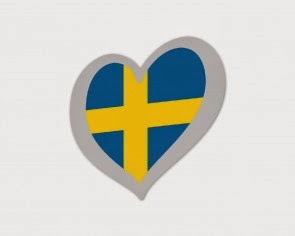 The other week, in the middle of a wild, exhilarating weekend of bullying a 16-year-old girl, Toby Young got proper excited when he discovered that climate change activist Greta Thunberg's mum had done Eurovision, calling her "privileged".

That's right folks. A noted eugenicist whose dad got him into Cambridge is arguing that the revelation that a teenager's mum came 22nd in Eurovision in 2009 really means that "climate change" is an elaborate ponzi scheme designed to keep the privileged likes of Rylan Clarke in work. Just wait til he finds out who Emily “Queen of the Jungle” Atack's mother is.

Anyway, Malena Ernman doing "La Voix" in Russia in 2009 isn't the real scandal. Sweden is the spiritual home of europop, and they really go to town on choosing their song. There's no "Eurovision your decision" or "Unser Star für Vienna" bollocks for them. Their "melodifestivalen" takes weeks, is the country's highest rating TV show and features every big pop star going in the country, spawning whole albums and careers and local radio station parties in parks (Baest Musik Just Nu- Rix FM).

That year's Melfest was rammed. Seriously. Agnes was following up her worldwide smash "Release me" with "Love love love". Velvet really was "The Queen". EMD did the brilliant "Baby goodbye" with those sticks and suits. Even Mans was in there standing for "Hope and Glory". Solid, smooth banger after banger tumbled onto the screen yet still the Swedes went for something with a fun Eurovision gimmick. Something distinctive. Something daring. Something... Swedish.

I should say at this point that I do love Sweden. I love the food. I love the people. I love the fact they enjoy paying tax. Tax is excellent. It's a dirt-cheap way of getting good things. I love Ikea, I love Alcazar, I love extensive paid parental leave, and I love five weeks of paid holiday every year by law. I love Lynda Woodruff. I love meatballs, I love gender equality, I love sarcasm, I love social mobility, I love castles with moats, I love Petra Mede, and I love Malmo. And Gothenburg. And Stockholm. And I love their distinctive, daring, spectacular pop.

The other year Benjamin Ingrosso had light tubes. Mans had cartoon boy with a balloon. Everybody needs a bit of spectacle. Well, not everybody - if you're tolerant enough to not regard the beard as one, Conchita just stood there and belted it out and took the prize. As did Salvadorable. But if your song's not a sweeping bond theme and you're not a bumbling bore doing a Balkan ballad, you deploy staging and spectacle to help your song stand out.

There's all sorts of options. Our skimpy skirt reveal is an oft copied all time classic; the Ukraine's giant hamster wheel was an ideal way to dazzle the audience. The buck rodgers in the 19th century look was amazing; the Xena warrier princess on a night out in Watford look less so. You could try pirates. Or sand art. Or the world's third tallest man, shipped in especially (truefacts). You get the idea.

So I couldn't be more miserable about this year's Swedish entry. It's just a man singing a mid tempo inspirational underneath a harsh light fitting. It's lovely and everything and Tusse really "connects" but my god it's boring. Who wants to listen to a own brand version of Starboy when they can listen to actual Starboy? It won Melfest by default. It's like that advert where three people are deciding what to eat and the man on the left doesn't like Chinese food and the man on the right doesn't like Indian food and in the end they choose McDonalds not out of love, or passion, or excitement, but because it's the least worst and most safe option.

But least worst and safe doesn’t win Eurovision - in fact it often doesn’t even qualify for Saturday.