Learn to count your blessings down 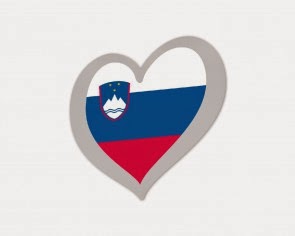 I’ve always had a bit of a soft spot for the Slovenians, if for no other reason than because whilst we thought we were being all "ironic" with that Scooch abomination, they'd done it better in 2002. Would you like something to suck on for landing, sir?

There is another reason. It's an amazing country. Its people are friendly, its restaurants are cheap, its caves are dramatic, its climate is lovely and it’s the safest I've felt at night in any European country ever. We went there on holiday the other year and we loved it. Sure, it's a Poundland Italy, but stop being such a snob about Poundland. I saw you, scoffing that box of Pergale chocolates.

They're also pretty funny. For example, the other year their National Final interval act spent three brave minutes ripping the piss out of one Vladimir Putin, with lyrics like "when I play chess be quiet or eat my pussy riot", and "If you are a prick - suck my Moby Dick".

I’d love them to win one day, but 2021 won’t be that year. Ana is lovely and everything but Amen is just a spectacularly dull power ballad that lacks any real motivation to grab the phone and vote for it. This year backing vocals on tape are allowed, and the final minute gets all X-Factor winners-single gospel-choiry, but by then it’s too late really. It’s not even as good as when Ana tried out for Eurovision in 2004 in a ripped up bin bag and came eighth.