If you got something to say, say it to my face 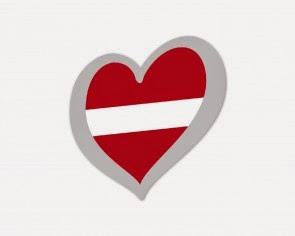 The thing is, I'm not, by all accounts, a very easy person to talk to. The socially awkward chit chat I do do tends to be so laced with sneery, off putting West Midlands sarcasm that most people avoid me at all costs unless they (and I) are drunk - so for those that do attempt conversation, my Eurovision obsession at least offers SOMETHING to hang the opening gambit on. "Where is Eurovision this year", they try, "Who's our entry this year", or "Are you going this year" are all standards, followed closely by "What's your favourite ever entry?"

Well I just don't know really- there's these bewitching Maltese eyes from 2004, this Macedonian masterpiece from 2000 that sounds like your annoying little sister has formed a girl group in your kitchen or perhaps the Swiss entry from 2004 when the lead singer was so excited that he smacked himself in the face with his mic.

What all of these selections have in common, of course, is that they are Schlager - simple, catchy, happy, melodious pop tunes, a genre that has sadly all but died out in the Eurovision. And nobody exemplifies that more than Latvian try-hard Samanta Tīna.

Back 2010 in Latvian Fame Academy she was doing poppy covers of “I wanna Dance With Somebody” and “It’s oh so quiet”, by the middle of the decade she was going poppy power ballads in Dziesma and poppy Vengaboys cast offs in Eurovizijos, and even poppier pulsing club bangers in Supernova - but she never quite seemed to win.

She has another go in Latvia in 2016 with a song with a tune dressed as a magenta chess piece but comes third, tries another song with a tune about fire and wire over in Lithuania in 2018 but comes fourth, and eventually gives up on schlager in 2020 by entering a song just as a global pandemic centred around a deadly respiratory disease starts spreading around the population called “I'm Still Breathing”. And because it had no discernible tune whatsoever, it topped both the jury and public votes in Supernova and almost went to Rotterdam.

2021’s song “The moon is rising” is just as bad, and to these ears just sounds like white noise and shouting. But maybe that’s just what happens when you reach the age where you feel compelled to write in to the controller of BBC Radio 2 to complain when they have the temerity to change the sound signature of its main jingles.

And so marks the death of schlager. Once Eurovision represented an opportunity- a rare, fleeting, annual opportunity to see me smile in a genuinely joyous way about the world as I wriggled about and sung at the top of my voice and dad danced in obscure european ice hockey stadia to songs by discomforting boy/girl acts like Chanée and N'evergreen.

Now countries like Latvia enter aural abuse like my “MY RULES, YOUR RULES, GETTING READY FOR THE PIRATE” to critical (and scoreboard) acclaim, and not only am I not impressed, it will also do spectacularly well, just you see.

My favourite's La Det Swinge, by the way. La det swinge til du mister all kontroll!