Here I am in the noise and in the fury too 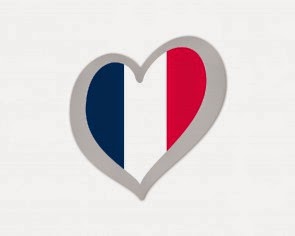 France were instrumental in founding the "Concours Eurovision de la chanson" (and securing funding from the CIA for what was seen at the time as an important bit of pro-Western propaganda), and to this day insist on bits of the presentation on the night being read out in French (hence "Douze Points" and your Nan being confused at us being called "Roy and Minnie").

But right from the early days of the contest when it consisted of 5 countries, Katie Boyle and "Boom bang a ding a dong" they were pissing about being aloof and snooty. Every other country that's joined Europe's biggest party has realised it's all about bright colours, and key changes, and flashmobs, and fire curtains, and sequins, and exploding cubes (can Eric beat the cube) and prosthetic devil masks. France, on the other hand, rolls out a dreary existential piano ballad every year, shrugs and goes home again. They're like a rock solid gold guaranteed toilet break country.

Barbara Pravi sings for France this year and it says here that she grew up in a harmonious and multi-cultural family, and a culturally diverse open-mindedness lies at the heart of her education, her ethos and underpins her character.
It’s all very French - “Listen to me, me, the wannabe singer,” she sings. “Talk about me to your loved ones, to your friends. Tell them about this girl with black eyes and her crazy dream. Me, what I want is to write stories that reach you. That’s all”. The juries will love it, televoters will take the break to fill the bowl back up with cashews. It is, as I say, wonderfully, amazingly, beautifully, snootily, doggedly French.

It's air kissing. It's bicycles. It's fine wine and great cheese. It's ordinary citizens and workmen and farmers and seven-year-old schoolkids expressing themselves clearly and coherently, with little hesitation, and to the point. It's like waking up in the morning and finding a baguette in front of your door because your local baker goes around the neighbourhood and puts a baguette in front of the door of people who asked for it. It's like eating that baguette during a long Sunday lunch. And then finishing that lunch with three kinds of cheese that you eat with the said baguette. And during that lunch you complain to your family about everything that the government does. It's that French.