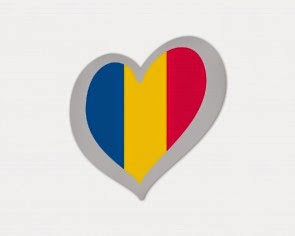 Why do they do this? Team Romania describe ROXEN as “a labyrinth of an artist, with a dreamy sound and mesmerising voice that creates an entirely new universe with every release”- and TVR’s press release argues that it’s “hard to disagree given the breadth of material the Cluj-Napoca chanteuse has released in recent times”.

“With a dreamy vibe and a cosmic look, Roxen thinks that music is a sort of therapy for her, but also for her fans”, it says. “Her songs possess the magical power of healing and bringing harmony. Her music is universal, just like love. Roxen is also passionate about other artistic fields: painting, acting, writing and dance. Roxen finds relaxation in meditating and travelling. Roxen would like her music to travel beyond the planet Earth in the Universe.”

Her own PR agency says that Roxen’s musical aura is a “spell, virtually creating a whole new world”, and is “a world where people don’t reduce life to black and white, a world where people are able to see rainbows”. A world, in other words, where everyone has done a lot of drugs.

You’d need to, because in truth her music is terrible. It's all very Eilish. It’s pre-comedown 4am music like this, when you just want to leave the club but you’ve lost your phone and your friends and you could absolutely murder some chips. Maybe this is what the kids wanted before a deadly pandemic trapped us all indoors, but right now hopefully we’re in for a winner providing a bit more joy than this.

Romania! I ask you. Do you remember that time when Ovi off of Romania put his head through a piano toilet seat and started tinkling with the rim?
Posted by Jim Dickinson at 08:00