Sold my body on a dirty cold floor 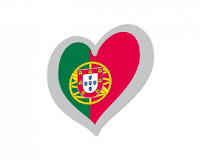 Portugal
The Black Mamba
Love Is On My Side

There are two sorts of Eurovision entry from Portugal. There's the jaunty sort - like this - that you might hear in a pool bar in Albufeira while you're hurling down locally produced spirits as some nineteen year old looks after your children on three days training all of which they were late for. And then there's entries like this. Pure, uncut dreary Portuguese shit.

It says here that the group “Black Mamba” feel most at home playing live gigs and concerts, and have enjoyed playing on some of the most iconic festival stages there are. At the Festival Marés Vivas in Porto, The Black Mamba shared the main stage with Lenny Kravitz, John Legend, Jamie Cullum and The Script.

Which is all well and good, but I've tried, and I can't get all the way through it without feeling violently ill. It's spitefully bad - the aural equivalent of having your hemorrhoids poked at with a set square whilst a drunk, racist pensioner vomits their lunch of liver and onions down your throat.

I think that's probably enough about that, so let me introduce you to Daniela from Slovenia. She's been reviewing Eurovision songs on YouTube for donkey’s years now and they are brilliant. She films them in her bedroom, and at the start of each one is facing her wardrobe before turning around, smiling and introducing herself. She chats about the contest, plays the song on her stereo, then gives her views. Her utterly baffling views.

Even though I've no clue what she thinks about most of the songs, her videos are mesmerising - as well as Eurovision song reviews she makes Christmas time in Ljubljana look magical, regularly reviews hair products, and has a video of her giving her 8 year old dog Simba a birthday cake. Good luck to her. She can't stand the Portuguese entry either.