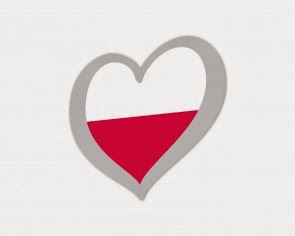 The Swish Family Dickinson went on a beach holiday at Easter to Poland the other year, and it was glorious.

I don’t mean the weather - it pissed it down all week and was bitterly bloody cold - but while downing cans of Polish lager I discovered an extraordinary strain of Polish schlager, called “Disco Polo”.

The thing about disco polo is that it’s like fight club or something. Anonymous polls say it’s the most popular music genre in Poland, but no major radio station dares play it. Nobody you meet admits to listening to it while sober, and there’s no trace of it during the day. But you hear people humming it and it’s blaring out from flats at four in the morning, and it’s always on at Polish weddings when everyone who says they don’t listen to it leap up and dance to it like it’s Dancing Queen or September by Earth Wind and Fire or Ladies and Gentlemen… this is Mambo No. 5.

Hundreds of people flock to Disco Polo events around Poland every weekend, where a disco polo act will mime their way through a phalanx of their hits flanked by dancers and a DJ. It’s also massive on university campuses in the big Polish cities - where the borderline between ironic appreciation and enthusiastic eurphoria melts more with every shot of Vodka.

Not everyone loves it. On reddit, Lubusz from Poland says that it is some of the most despicably artless, cheap, “brain-hemorrhaging shit” you will ever hear. He says it is mainly created by people whose IQ falls somewhere between furniture and vegetables, and that an interesting feature of disco polo is that every single male has to sing in a very specific voice - “I call it the nuts smashed with a lead pipe voice”. As for the lyrics, he says that one line doesn't have to have anything to do with the next, but it does have to be about “really wanting to get off with a girl you just met at a village disco”. And if you can't think of a rhyme, you can use the exact same word, it's a legit move. Also, things like "sia-la-la-la-la" count as lyrics.

For some reason the gender politics is quite a bit of a problem - almost all of the songs seem to feature creepy, fairly ugly men lusting after attractive, barely clothed women like a kind of Carry on Cascada. Who is this girl, can somebody give me a clue? When she moves her body - honey raspberry! And there's no other girl who has such a body. I can't resist - honey raspberry!

Some of the videos deserve scrutiny. This song seems to be about a man “running away from my wife”, and this one starts with a pregnancy test. This one is about a woman called Aleksandra who has a “sexi bomba”. This one is about the heartwarming tale of a 50-year-old businessman falling in love on a golf course. But a lot of them, to be honest, just seem to be about getting pissed in a shed.

Anyway yet again Poland has sadly failed to enter any Disco Polo to the Eurovision, preferring instead to enter a sort of charmless Olly Murs action figure murbling his way through something from a John Hughes movie. I mean what is this nonsense?

“Rafał is offering high-octane thrills, saying “So baby, hold on for the ride of your life high above ground, living it loud.” He’ll overcome whatever obstacles there might be. But this shouldn’t be confused with a motivational anthem. It’s more a statement of intent. He’ll take what’s his and no one’s going to stop him. “I’m gonna take on the world tonight / Not gonna ask / Gonna take what’s mine”. And he’s going to do it all by himself. Those who join him for “The Ride” will merely “follow my tracks”. Is he being cheekily confident or amazingly arrogant? You decide!”

It’s a shame, because in an alternative universe RAFAŁ would be singing proper Polish music instead of a Mefest reject - like this Disco Polo song about seafood, or one about the condom splitting, or one about his mum. I don't want to wait, it just swims away. Opa!