We got style and lasers, yeah 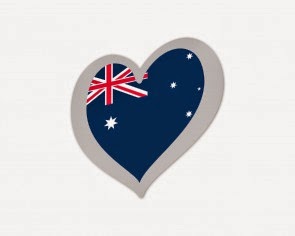 Terrible alphabet news here. Sadly, the Pyreneesian principality of A for Andorra isn't taking part again this year, which is a shame because this was an absolute banger. As was this, although I do feel like she was aiming the title at me.

There's loads of great facts about Andorra too - women live longer than men, it has an army of 12 people, the eldest able-bodied man in every family is required by law to keep a loaded rifle, and as a co-principality it's ruled by two princes! Princes who adore you! Just go ahead, now.

Worse still, landlocked A for Armenia is out as well following the introduction of martial law in the region as a result of the ongoing Nagorno-Karabakh conflict with Azerbaijan. It’s a particular pity because in 2008 Armenia was responsible for sending one of my all time favourite entries - a woman called "Sirushu", a top pop star singing the brilliant end-of-an-era ethnopop banger "Qele Qele" (let's go! let's go!) which has also ended up as the name of this blog.

Also, chess is compulsory there in schools, they have the world’s longest cable car ride and best of all, they all LOVE the underrated fruit of apricot. Boom Boom, Chaka Chaka and all that.

Anyway. Do you remember that time when Susan off of Neighbours started to believe that she was 16 years old again and she accidentally wandered into a '70s party and then when her memories started coming back one of the first ones was of her husband Karl snogging his secretary?

Or that time when Toadfish got married to Dee and then he took her for a drive and he lost control of their car and drove off a cliff into the sea and he was fine but her body was never found and then he got married again and a gas bottle exploded during the reception and the marquee got destroyed and his bride Sonya ended up with a fractured skull and no memory of the wedding?

Or that time when Pinkie Tuscadero crashed Fonzie's bike and I lost all my money to those card sharps and my dad Tom Bosley had to win it all back? Oh hold on. That was Happy Days. So to speak.

Yes, that all means that we’ve prematurely and highly unfortunately reached A for Australia.

Back in 2014 for reasons that no-one now remembers, the aussies were allowed into that big converted shipyard in Copenhagen on an island (put the Eurovision fans on an Island, they said) to do the interval act, and the fans thought it was fair dinkum - a mid-tempo empowerment belter loaded up with Eurovision values called "Sea of Flags" coupled with a self-deprecating skit about Kangaroos and stuff.

It was more (white, western) European than most of the entries these days, so whilst it may be over 10,000 miles from the EBU's Geneva bunker, having let the Aussies compete proper on a Brexit Barista Euro Visa back in 2015, Executive Supervisor Jon Ola Sand gave in to twenty years of lobbying and fixed it for the antipodeans to compete every year.

They've done fairly well since, almost winning in 2016, but christ on a bike this year is bad.

Montaigne is apparently a “natural storyteller and entertainer” and “has never wavered on the delivery of a unique artistry” - but her song “Technicolour” sounds like Sia is having painful knee surgery while a bunch of people hit pots and pans slightly out of time around her bed.

I mean if nothing else, surely this spectacularly jarring key change is for a bet?

In her press blurb Montaigne says that the greatest thing she’s learnt during the pandemic has been the “concept of mutual aid” which she says is really just an encapsulation of the notion that humanity needs to work together in order to survive, and that when she performs in May she’s “excited to see people’s reactions from all across the world”.