Bundle tears in my hand - they are rusty 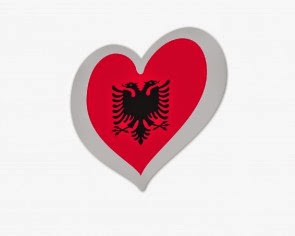 Here we go again! Here we go-go-go to the temple of consumption!

Can you believe that? It says here that the lyrics to Stakka Bo's 1993 tinwhistle smash "Here we go" were not, actually, "to the topper topper pop charts" (which is what I've been singing to myself ever since) but were, in fact, a biting comment on late capitalism! The lyrics to his only other "hit" (reaching #64 in the UK Top 40) were easier to understand, to be honest.

Anyway. Here we go go go again! It might not seem like a whole twelve months has passed since Iceland turned the stage into a sex dungeon and Madonna messed up the interval act and Duncan “now a big TikTok star” Lawrence got addicted to a losing game, but in fact it’s actually been two years - because, you know, the pandemic.

But now nature is healing, Netta is clucking and Belarus is cheating. Yes - stow that hand luggage, fasten those seatbelts, order some shots and brace brace - because it’s time for my annual unremittingly miserable Wizz Air flight across the barren wasteland of European pop that is all 39 songs in the 65th Grand-Prix Eurovision de la Chanson Européenne!

Twice a day right up until the first semi-final on May 22nd, I’ll be taking my previews - cliché ridden streams of consciousness consisting of lonely, unpleasant observations, barely rewritten press releases and painfully poor jokes from previous years’ blogs - and uploading them here onto the internet for your pleasure, signalled on social media via the identification of an unrepresentative and offensive quote to take out of my own context for clickbait tweets. You know, like the national newspapers.

So we start as ever in Albania. The first thing to say is something I say every year - the thing about Albania is that I love their flag. Just imagine living in a country with that! What a brilliant thing that must be! A big red flag with a massive beetle on it! Oh. Apparently it’s an eagle.

Now presumably for you Eurovision starts with an “ironic” and vaguely xenophobic feature in Saturday's papers on the day of the final in May, but for people like me (who self-identify as having the Eurovision as a “hobby”), the “irony” and vague xenophobia can be a year-round, 24/7 experience. It’s a kind of perfect escapism, where you can spend half an hour or so every day cosplaying feeling a bit sorry for other countries as a kind of temporary relief from the unfurling metahorror of watching the UK get more and more brazen about becoming a failed state.

You can watch watch turgid old finals from Harrogate on the youtube, you can listen to Eurovision radio on full blast in the open plan office where you don’t work any more, you can watch spin offs like the minipops Junior version (sinister) Eurovision young dancers (baffling) or Eurovision choir of the year (harrowing), and thanks to the wonders of the world wide web, you can even watch other countries go through the tedious rigmaroles of picking their breathtakingly terrible songs.

Take Christmas round the Dickinsons. Whilst you may be watching Mrs Brown's Boys and repeats of Only Fools and Horses, I am usually slouched over around a laptop with a tumbler of supermarket scotch retweeting people whose Christmas has been ruined because their mum forgot to buy “pigs in blankets” whilst watching the grand final of "Festivali i Këngës", Albania's very own "Eurovision Your Decision"- which usually consists of Albanian fools (and occasionally Albanian horses) singing bad songs with no chorus in minor keys accompanied by a massive orchestra in a big hall in Tirana.

The show is quite an ordeal, to be honest - a three day, fifteen hour festival of shite that serves up staggering front runners like this thing featuring a pensioner banging on about his divorce, all padded out with baffling light entertainment sections like this where a close up magician does a seven minute routine without any actual tricks, or where an old man (accompanied by a woman he ignores in an unnecessarily short skirt) interviews a man dressed as 80s era terrorist who does a rap. For ten fucking minutes.

Throughout this year's week long process I really wanted popular (ie 10th place in 2011’s “Nights of Albania” contest) Era Rusi to win - but given her song had an accessible melody and discernable chorus, the Jury instead went for Anxhela Peristeri - the winner the 2016 series of the Albanian version of often-deeply-problematic-because-of-the-use-of-blackface talent franchise “Your Face Sounds Familiar”. Having performed as Aretha Franklin and Etta James on the show, she’s since apologised and “thanked fans for allowing her to grow and helping her understand the problem”.

It says here that musically, Anxhela’s "Karma" is an Balkan-inspired pop ballad incorporating modern and traditional Albanian elements in its instrumentation, and lyrically finds inspiration in the principle of karma - portraying a inner turmoil of a woman who blames herself for her world falling apart. Maybe, but to me it sounds more like the sort of thing you would put on in the car on a loop if you were taking someone else’s hateful, misbehaving malevolent kids on a journey to a theme park in the holidays in the rain. No, we’re not stopping so you can go to the toilet.

Not everyone agrees of course. On YouTube Ana M from Russia for example says “Ladies, Gentlemen and Beyond: Prepare your passports because next May we are all going to Tirana!”. Great news. Maybe they’ll host the contest in the former soviet pyramid in the centre of town. “It’s a total eyesore!” says Bhavi on TripAdvisor. “Graffiti all over it and a shape that I would think served no purpose at all. Now teenagers at weekends and evenings climb up the outside and try and run down again without breaking their necks. Smelled really awful in the whole area, so think people were using it as a latrine”. I can’t wait, if you see what I mean.

So look it’s an awful Albanian entry that might just scrape into the final given the diaspora (more Albanians live outside of Albania than in it, fact fans) and of course at this stage I’ve not seen the staging which might have a massive unicorn or something in it for all I know. I’m angry really because to be honest I’d live to go to Tirana and it won’t be Tirana 2022 but I’m mostly disappointed that because it sounds nothing like Seal's "Kiss from a Rose", I can't re-use my carefully crafted joke about 2014’s entry, which I remain so proud of I'm going to recreate here.

Bay-beh, I compare you to "a kiss from a rose" off of Seal. Ooh, the more I get of you, the worser it feels, yeah. Now that your song's been remixed. I'm telling you that it still sounds shit.