Lifestyles of the sick and dangerous 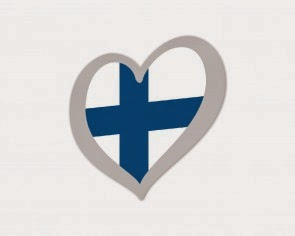 Any birthdays coming up? Wondering what to get for that special loved one in your life? Need an "ironic" present for that Brexiteer uncle knobhead of yours? EUROS TO LITERALLY BURN?

Well as luck would have it, this year in the Eurovision tat shop as well as the obligatory beanie hats, T Shirts, mugs and mouse mats (mouse mats?) you can "CREATE YOUR OWN SONG CONTEST" by buying Eurovision: The Board Game, which manages to combine two different ways of having people you don't like in your living room into one for the bargain price of €50. What a steal!

You get 25 country chips (who've they left out?), 521 cards (hopefully questions I'll nail and everyone else won't even know who Gina G is), 6 pawns, and 1 die (you’ll want to). You also get a bunch of these scoring pads which list the things a country needs to win, although if Azerbaijan is one of the included counties you'll note that "international sim cards from a bloke I met in a Rotterdam car park" is not on the list.

Alternatively you could get this Eurovision Song Contest 2021 Mini Trophy (for just €250 + P&P) and "FEEL LIKE A STAR!" (or a mug), or you could get this €119.95 medal struck by the Royal Dutch Mint (as in “what do you want Jim, a fucking medal?”) or how about a "Party Package" - which in suitable homage to the Russian grannies, allows you to "Invite your friends and host a PARTY FOR EVERYONE!".

The pack - for just 44 eye watering euros (plus 16.99 P&P) consists of the official "Open Up" CD (packing in over 30 soul destroying ballads and which will in fact remain "closed" for many years to come), some pin badges, a poster for the event you can't attend, two of those rubber bangles that haven't been popular since Make Poverty History failed to make poverty history, six "free" coasters (insert joke re the automatic qualifier countries here) and "10 balloons", which are neither 99 Big Red Balloons, nor suitable receptacles for the massive bottles of hippy crack you need to get through the double dose of scoring these days.

Anyway, Finland. In a sea of turgid ballads and mid tempo inspirationals, you can usually depend on the Fins to think outside of the laatikko. You’ll remember that they won with what amounted to a rock version of the Banana Splits in 2007, and notably sent X Factor UK alum Saaaaaaaaaaaaaaaaara "biggest crowd in Helsinki history" Aaaaaaaaaaaaaaaaaaaaaaaalto to sing a brilliant little song about LGBT bullying that featured the remarkable line "so tonight I’m making friends with all the creatures that are hiding there under my bed" (it's better when you hear it scan), but then they went and spoiled it all by asking her to sing it upside down while strapped to a literally spinning wheel. Like a record baby, right round round round.

Last year they almost sent a woman called Erika Vikman singing a disco song about Hungarian-Italian pornographic actress-turned-politician Ilona Staller, better known as Cicciolina. Sadly the Fins thought it was all a bit much for an emerging pandemic and bottled it at the last minute, instead picking perfect-for-a-pandemic Finnish sad-boi-in-a-suit Aksel singing a song about loss. YLE then made the poor lad enter again this year - but now we’re on the way out of the pandemic, even the Finns couldn’t stomach Aksel in a hat singing lyrics like “I was just treading water, trying to swim out of the pain” and so instead we have an average Finnish rock band singing a song about toss.

“These rockers always turn it up to 11 for a performance and never fail to put on show with their unparalleled energy and antics” says YLE’s press release, but I can’t take any band seriously that sings “my body is my weapon so I keep it loaded”, especially when they sound like something off the Director’s Cut of American Pie 12: Stifler in Prison.