My father has brought me up like the winds 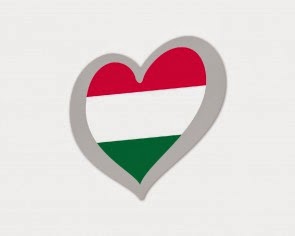 So apparently I'm not, by all accounts, a very easy person to talk to. The socially awkward chit chat I do do tends to be so laced with sneery, off putting West Midlands sarcasm that most people avoid me at all costs unless they (and I) are drunk - so for those that do attempt conversation, my Eurovision obsession at least offers something to hang the opening gambit on. "Where is Eurovision this year", they try, "Who's our entry this year", or "Are you going this year" are all standards, followed closely by "What's your favourite ever entry?

Well I just don't know really- there's these bewicthing Maltese eyes from 2004, this Macedonian materpiece from 2000 that sounds like your annoying little sister has formed a girl group in your kitchen or perhaps the Iraeli entry from the same year, which sounds like a disco fantastic version of the theme tune to Byker (Byker Byker, Byker) Grove. Ani Lorak is up there, obviously. And Teach in. And Slavko of course. And Charlotte. I suppose what all of these selections have in common is that they are Schlager- simple, catchy, happy, medlodious pop tunes, a genre that has sadly all but died out in the Eurovision largely thanks to one miserable nation- Hungary.

Back in 2009 Hungary's Zoli Adok strutted onto that stage in Semi 2 with all the hallmarks of a win- a pumping disco number with a fun chorus, three pretty girl dancers doing a dress-rip reveal, and a highly amusing dance routine. Sure, its level of camp makes you wonder quite how Zoli got into (and out of) Russia alive, but the thing that upsets me to this day is that it crashed out of that semi and only got 16 points.

So upset were the Hungarians that their "overload in a disco fantasy" didn't make it that they took 2010 off, and came back in 2011 with one more go at schlager- their 2010 entry was a certified "fan favourite"- ie a woman of a certain age singing about empowerment, a smattering of whitney bits, and a thumping, pumping, disco beat- and whilst they managed to sneak into the final, they placed a dismal 22nd on the Saturday night.

So what since? In 2012 we got "Depeche Mode in a bad mood" sailing into the final, in 2013 they entered a stoner-hipster-spacecake-Nizlopi song without the courtesy of a chorus or even a discernable tune that came 10th, in 2014 they managed to enter an unsettling garage song about child abuse and still they came fifth, in 2015 they coasted into the final with a dreary war ballad, in 2016 they entered a miserable Sia-esque manballad sung for some reason to a swimming pool full of half naked pensioners, in 2017 we got a credible, clever and carefully crafted gipsy-hungarian ethno rap thing that I've strenuously avoided listening to since, last year we got "a modern metal band with attitude" and this year 2017's gipsy-hungarian ethno rap man is back doing more of his gipsy-hungarian ethno rap.

And so marks the death of schlager. Once Eurovision represented an opportunity - a rare, fleeting, annual opportunity to see me smile in a genuinely joyous way about the world as I jumped about and sung at the top of my voice and dad danced in obscure european ice hockey stadia to songs by discomforting boy/girl acts like Chanée and N'evergreen. It's gone now. Even Christer says so. Now countries like Hungary enter "songs that signify that in this fast-paced world we have to slow down and we need to pay close attention to our loved ones and to show our love in the present, because if we lose them, it can make a very big wound". I mean that might all be true, but to these ears his song is unlistenable toss.

The neck of it - the brass neck fucking cheek of it - is that when Joci Pápai then used his 2017  appearance to get a gig on Hungary's version of TV2's "Sztárban sztár" (Your Face Sounds Familiar), he sang "Crying at the Discoteque" off of Alcazar, "The Loco-Motion" off of Kylie Minogue and "I Will Survive" off of Gloria Gaynor! It says here that in 2017 "he was on the verge of abandoning his dream to become a mainstream artist, and stopped listening to music for a whole year" and to be honest it shows.