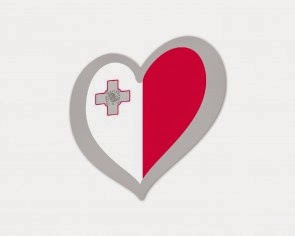 Ah Malta. They love the Eurovision in Malta, and they love us. Every year without fail they give us 10 or 12 points, even when we enter rubbish like this. In return every year we give them nul points and then send them thousands of gurning, thuggish holidaymakers to urinate against their beach bars and harass their daughters every summer.

It used to be so different, largely because in the olden days when you had to sing in your own language, only us, Ireland and Malta were allowed to sing in English - which meant dumb Britain always gave 12 to Ireland and 10 to Malta, alternating in odd years. We even gave them points when they had the brass neck to enter this, you know. Now that's a genre I could cope with being introduced to the contest- Japanese Vodka Just Dance. Spy 1 to Spy 4, I’ve deciphered the code. 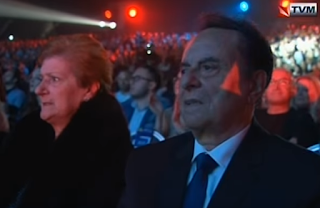 Obviously I was glued to the set for this year's X Factor Malta, which had a nice "a bit like Series 3 of UK Factor" charm to it - all the tropes were there, including a tribunal clerk murdering "Feels like Heaven", a kooky 63 year old doing "Que Sera Sera", and so on - although the judges do refrain from saying to the auditionees that they look like strippers or taking the piss out of them because they work in a factory packing envelopes.

The eventual winner of this predictable process was 18 year old Michela Pace, who had already won Lithuania's Young Talent League stumbled in off the Maltese streets and delivered some text book TEOTC. Several weeks later she was crowned the winner and handed a Dua Lipa album track that's probably slightly too "woompy" to win, but hey ho.

I mean I don't know. Is it good? Is it bad? Am I simply going mad? Is it fiction? Or fact? Am I really losing tact? Is it magical? Logical? Natural? I wonder. It's a song that really, makes me chunder.