Heartbreak was the only thing you left for me 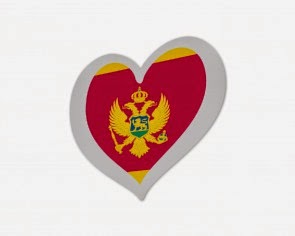 Right up until 1997, the points doled out by countries in the Eurovision were decided by juries- entire sets of po-faced pop professionals desperately trying to convince us that dreary, folky ballad music from Ireland was the best in aural entertainment that the continent could offer for for the whole of the 1990s.

But then something interesting happened. In 1998 after a small five country experiment the year before, the points were handed over to televoters en mass. Cue a win for Dana International - and an era of ever more out and ever more proud entries, and an ever more grumpier Wogan moaning about sequins and shlager and shirtless boys and the theft of the Eurovision queen crown from one Dana to another.

Take 2004. Having described it in the intro as "knicker music", there's a moment in Istanbul 2004 when Wogan outros Deen's camp-as-christmas "In the Disco" by saying "I sometimes wonder if some of these songs are a little too subtle for you". Or perhaps not subtle enough for you, Tel.

'Twas always thus. Hetero sauce is fine, see. Back in 2014 Poland's slavic Tulisa and her Carry on Krakow milkmaids came top with UK televoters and were lauded by the press and powers that be. Sadly, that was the same year that by now pensioned off Wogan denounced the extraordinary anti-bullying anthem "Rise like a phoenix" from Conchia Wurst as a "freakshow". Too... obvious, see.

So 2017's Montenegrin entry was extraordinary really. "Linen is covered with feathers", muttered Slavko. "Wet dreams, wild nightmares, I surrender". Ooh missus! "Come into me from within. We can be as one in the sin".

And then it exploded, disco balls out with an amazing chorus and a hair flick that could have had most of Europe's eye out. It's was just fucking fabulous- the best song that Swedish disco try hards Alacazar had never entered, like a kind of x-rated Steps song and best of all - it was about safe sex, which given the state of STI infections around Europe, was right on the button.

Naturally it got nowhere near the final but Cowell's scouts were so taken with Slavko's performance that he was all lined up to be 2017's novelty act - until someone told Simon that he needed to restore a crumb of credibility to the franchise, and Scherzy (and, inextricably, a confused looking Stormzy) left him and his braid for dust in the dust.

The Montenegro broadcaster then panics about its funding from a Government that thinks it pushed it a bit far so last year we got an utterly charmless and predictable Balkan ballad and this year we've got one of those slightly sinister christian youth bands full of beautiful people and silky harmonies who all wear a chastity ring but fuck like bunnies out of boredom. It's rubbish and you'd be better off watching this follow up single Slavko did where he mimes his way through a crap version of Despicato surrounded by four cheerleaders trying to avoid having their eyes out.